Sanatana Dharma is our Nationalism

Sudheendra Kulkarni, the controversial BJP leader and close aide of L K Advani, who was forced to resign from the post of the National Secretary of the BJP in 2005, following a furore over a paper he presented at the ‘Thinkers Meet’ in Bhopal on March 23-24, is once again in the news for the same wrong reasons!

Kulkarni, who earlier advocated that the BJP should adopt a pro-Muslim policy and distance itself from the RSS and VHP, is now blaming Narendra Modi, Varun Gandhi and Hindutva for the BJP’s defeat in the 2009 Lok Sabha elections. As Mr. Advani’s speech writer, he is also said to be the man behind Advani’s controversial remarks on Jinnah.

Kulkarni’s article in Tehelka has added fuel to the raging fire of ideological confusion in the BJP over Hindutva. It is obvious that this Tehelka article could not have been published without the passive consent of Advani. 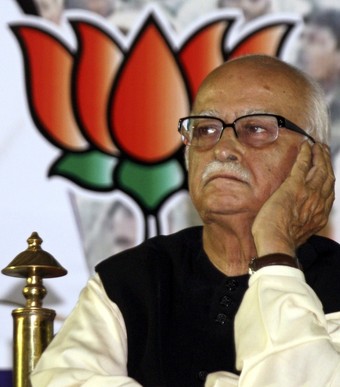 A leader’s mettle is better judged by how he responds to a setback. Going by this dictum, Mr. Advani’s track record has been dismal. After the recent debacle in the Lok Sabha elections, he did what he always does when faced with an inconvenient situation – withdraw into a shell. As the Prime Ministerial candidate and topmost leader of the BJP, Advani should have accepted responsibility for the defeat and issued a public statement to soothe the disappointment of party members and supporters. He could have outlined a program of revitalisation of the BJP, with focus on grooming the next generation of leaders within the BJP. This would have checked the waning morale of the party.

Instead, Mr. Advani and his aides have turned their guns on Hindutva and those very next generation leaders who are the future of the BJP. Blaming Narendra Modi & Varun Gandhi seems to be the only hope for the Advani camp in BJP to prevent his retirement from the party, like Vajpayee’s after the 2004 election debacle.

Coming back to Kulkarni’s Tehelka article, the only positive assertion he makes in his analysis is about the need to expand the BJP’s geographical presence, which he calls a structural weakness:
“The party’s longstanding structural weakness is that although it has succeeded in bi-polarising India’s politics at the Centre, its geographical presence in the country is much narrower than that of the Congress. It won only one seat in four big states that together account for 143 out of the 543 seats in the Lok Sabha — West Bengal (42), Andhra Pradesh (42), Tamil Nadu (39) and Kerala (20). The Congress’ tally: 60 seats. Unless the BJP overcomes this structural weakness by increasing its own political and electoral strength in these big states, it can never emerge as an equal and durable alternative to the Congress nationally.”

The rest of his analysis is a subversion of facts and logic. I am not going to attempt a detailed rebuttal here in this blog, but a quick response to some of the main arguments of Kulkarni’s article, which perhaps is sufficient to puncture Kulkarni’s public ‘introspection’:

• ‘Triumph of Indian Democracy’: Kulkarni praises the recent Lok Sabha elections as yet another triumph of Indian democracy. It is a curious fetish of BJP leaders to praise the Indian voters whenever the voters appear to reject them in an election! Instead of propounding a guarded critique of this mindless mandate by the Indian voters in favour of the UPA, in spite of its 5 years of dismal governance. None of the senior BJP leaders have taken the reports of largescale rigging and tampering of EVMs or the enormous cash for votes scandal in Tamilnadu seriously.

• ‘Confusion about Hindutva’: Kulkarni’s argument that the BJP should look beyond Hindutva has been seconded by other BJP strategists like Swapan Dasgupta also. Let us assume that the BJP accepts this stand and distances itself from the Hindutva ideology. What if a new party emerges with the tacit support of the RSS-VHP which makes Hindutva as its sole ideology? In fact, I have been hearing a lot of discussion amongst Hindu groups advocating the need for such a party which will be unshakeable in its commitment to Hindu interests, unlike the wavering BJP. Is the BJP prepared for such an eventuality?

• ‘There was nobody to work for karmayogi Advaniji’: Well, that speaks volumes about Advaniji’s capacity as a leader. If he could not inspire his party own cadre to work him, why blame anyone? If he does not have the charisma to evoke loyalty of his own colleagues, why aspire for Prime Ministership?

I think more than the party, it is Mr. Advani and his coterie within the BJP, headed by the likes of Mr. Kulkarni, who need to seriously introspect. The BJP will bounce back sooner than we imagine if the next generation is allowed to take charge of the BJP under the leadership of Narendra Modi. Perhaps, it is time for the karmayogi in the BJP to take sannyasa, following the example of his mentor and predecessor, Vajpayee.

I have never had much faith in either of them. Whatever little admiration I had for the loha purush, dissolved after the Jinnah controversy. But, I must confess here that I was impressed by Advaniji’s autobiography, My Country My Life. The clarity and emotional poise with which he expounds on various issues is remarkable, including his explanation of the Jinnah controversy. His autobiography helped me, and perhaps many others like me, to rebuild the lost trust. Advani’s life is no doubt an inspiring saga of selfless service to the nation and he stands head and shoulders above the average Indian politician

But, in the interest of the BJP, it may be better for Advani to assume an advisory role and give the young blood a chance. Kulkarni carefully avoids this point in his ‘introspection’. The Congress improved its image amongst young voters by projecting Rahul Gandhi, Jyotiraditya Scindia, Sachin Pilot and other young leaders during the election campaign and again after the elections by including faces like Agatha Sangma in the cabinet.

As for Hindutva, we would do well to recall Sri Aurobindo’s definition of nationalism as expounded in his famous Uttarapara speech: